February 09, 2012
I got the below message from Michael, who graciously agreed to let me answer his questions on the blog in case some of his questions are those some of you are curious about, too.

Do you have any tutorials, suggestions, tips on how to ‘hear’ a character’s voice? It is a problem that continually vexes me.
I have some evil dudes and their voice, the sound of their voice, is not something I’ve been able to hear in my head. I’ve searched
on you tube for evil voices, experimented with voice altering software and tried to imagine it. And sometimes, when I imagine the
voice, I can hear how I want it to sound, but I can’t retain the memory of so lose it for the future.

To hear the character’s voice, or at least a close approximation, would do so much for writing their dialog.

What do you do? Do you have that problem? Any solutions out there for aspiring writers?

Camy: That's a good question! I often have to resort to different measures to be able to write different character voices.

For me, the best way is to watch movies over and over. That way, I not only hear the character voice, I see the actor's movements and quirks and can incorporate that into my vision of the character.

Being able to visualize the character more fully usually allows me to write their voices in more detail.

It makes sense, if you think about it. The more you know about a person, the more you can predict what they'll say or do. Therefore, the more you "know" about a character--through vocal tone, cadence, accent, facial expressions, body movements, emotional output--the better you'll be able to write that character in your book.

I will usually pick one character in a movie and then watch that movie over and over to spy all the minute details of the actor playing the character. The character's backstory doesn't have to be the same as your character, they just have to have the type of voice and movements that you want.

Then, when you write, you imagine the actor having the backstory of your character, and you write the character with the actor's movements and voice but with your character's personality and backstory. 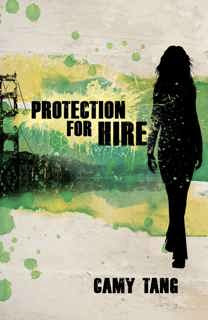 It's not a perfect system, but it seems to work for me, especially if I can watch the movie over and over. For Protection for Hire, I watched the TV series Dark Angel to get a feel for my character, Tessa, because I wanted her to have the look, voice, and street rat mentality of the Dark Angel character, Max.

I think it's best if you use an entire movie or TV series because then you have more time with the actor and the actor's character. If you only use a clip, I don't know if you'd get a good enough feel for the character to be able to completely know how the character/actor would react with the dialogue that you write in your book.

I hope that helps! Good luck with your writing!